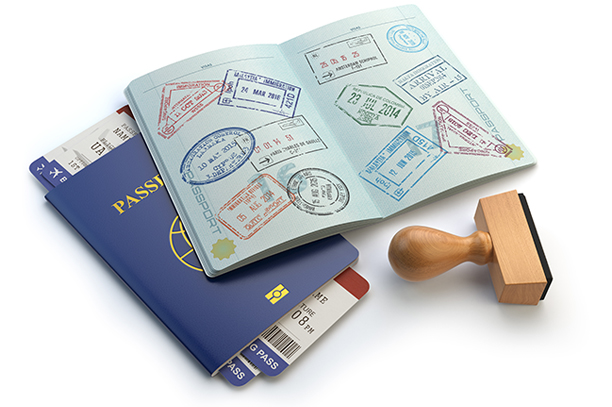 The annual H-1B filing season is almost upon us when hundreds of thousands of applicants vie for H-1B visas for temporary employment in the United States.  Every April, U.S. Citizenship & Immigration Services (USCIS) begins accepting new H-1B visa petitions.  Because U.S. immigration law currently caps the number of H-1B visas that can be issued annually to 65,000 (with an additional 20,000 visas available to persons with advanced degrees from U.S. universities), employers rush to file their visa petitions at the earliest possible filing date (April 1).  Whenever the number of visa petitions received within the first five business days starting April 1 exceeds the total number of visas that can be approved in that fiscal year, USCIS enters all of the properly-filed petitions received in the first five business days into a random computerized lottery to select the petitions that will actually be adjudicated.  Petitions not selected in the lottery are returned to the employer.  In 2016, USCIS received 236,000 cap-subject H-1B petitions in the first five business days, leaving less than a 30% chance of selection.  Applicants not selected in the H-1B lottery must either await the next lottery the following April or seek alternative visa options to secure employment in the U.S.

Every visa type carries unique requirements and benefits and no visa alternative replicates all of the features of the H-1B visa.  However, even a less beneficial visa alternative may allow an individual to at least begin employment with a U.S. employer and that employer can always try again the following year to secure the more generous H-1B visa on behalf of the employee.  With that in mind, let’s explore various H-1B visa alternatives:

The obvious alternative to a cap-subject H-1B is a cap-exempt H-1B.  H-1B petitions filed by  institutions of higher education, non-profit entities related to such educational institutions, and certain non-profit research organizations are exempt from 65,000 visa cap.  Therefore, cap-exempt petitions can be filed at any time during the year and are effective upon approval (as opposed to effectiveness on the start date of the next fiscal year–October 1–for new cap-subject petitions).  The cap exemption is not limited to teaching jobs; any H-1B-eligible position at a cap-exempt institution will be exempt from the cap.

The United States has, through specific trade treaties with individual countries, created employment visas very similar to the H-1B but that are limited to persons from the country to which the treaty applies.  The Trade NAFTA (TN) visa is limited to citizens of Canada and Mexico.  The E-3 visa benefits nationals of Australia.  The H-1B1 is limited to citizens of Chile and Singapore.  Each treaty creates different requirements and benefits and, in some cases, these visas may be preferable to the H-1B visa.

The investor (E) visa allows persons from countries with whom the U.S. has entered a specific trade treaty to come to the U.S. for the purpose of either starting or purchasing a commercial enterprise that will benefit the U.S. economy.  Further, the E investor visa allows the principal E investor to bring essential employees from the same country to the U.S. to benefit the business.  The U.S. State Department identifies those countries with whom the U.S. has entered an applicable trade treaty on its Visa Reciprocity website.

Optional practical training (OPT) is a benefit issued to graduates from U.S. universities and colleges that allows one year of practical training–employment–in the field of study as part of the F-1 student visa.  OPT can be extended for an additional 24 months if the H-1B position is a “STEM” position and the employer participates in the E-Verify online employment verification program.  Thus, OPT with a STEM extension can result in three years of practical training, enough time to attempt two to three H-1B lotteries.  Similarly, depending on the nationality of the applicant, a three-year period of OPT may be long enough to bypass the H-1B completely and move directly into a green card status through the PERM process.

U.S. immigration law provides for two types of trainee (J-1, H-3) visas that permit employment solely in the context of a larger employee training program with a documented training plan.

Effective July 2017, USCIS can permit foreign entrepreneurs who can demonstrate that their stay in the United States would provide a significant public benefit through the potential for rapid business growth and job creation up to five years of employment authorization with their start-up enterprise.